I write a lot of content, and sometimes I like to look back and re-read what I wrote in the past. I also like to run analytics on the content to identify the themes quickly. One tool to do that is a "Wordcloud": a visualization of the most frequent words in a text, where the size of each word in the wordcloud is proportional to its number of occurence in the text.

I found a wordcloud cli tool and wanted to be able to quickly run it on a note from emacs. First I built a shell script that takes two arguments: a file and a word length. The script invokes the wordcloud_cli but first it removes some org-mode markup and irrelevant information:

I wired the script to emacs using the following emacs-lisp function:

It uses a prefix argument which lets me configure the minimum word length to consider with a default of 8. For example, by running it on the content of an article about perfectionism that was recently on hacker news (https://arunkprasad.com/log/unlearning-perfectionism/), it rendered: 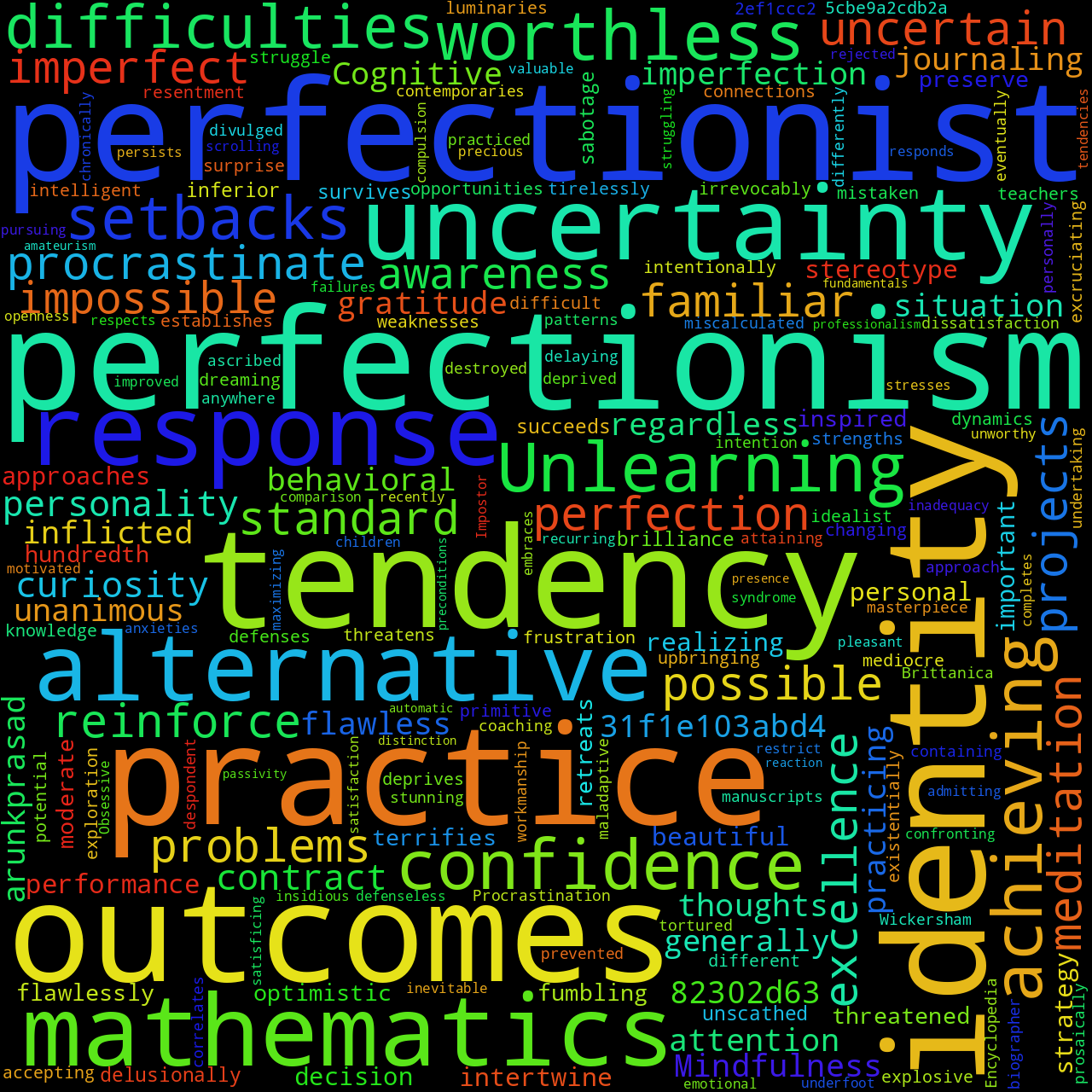